When I first arrived in Kathmandu airport, I was flooded with a sense of freedom, independence and purpose. My friend and I became immersed immediately. Although quite hesitant when we reached Arrivals, we jumped in a nearby taxi parked outside amidst countless others; each beckoning us to employ their service. And I have to say, taking that taxi was the best way that I could have entered the city. We were welcomed to sheer organised chaos, where beeps from neighboring cars could be heard from all around and motorcycles zoomed past my window with blistering confidence. But we weren’t afraid. We were ignited. 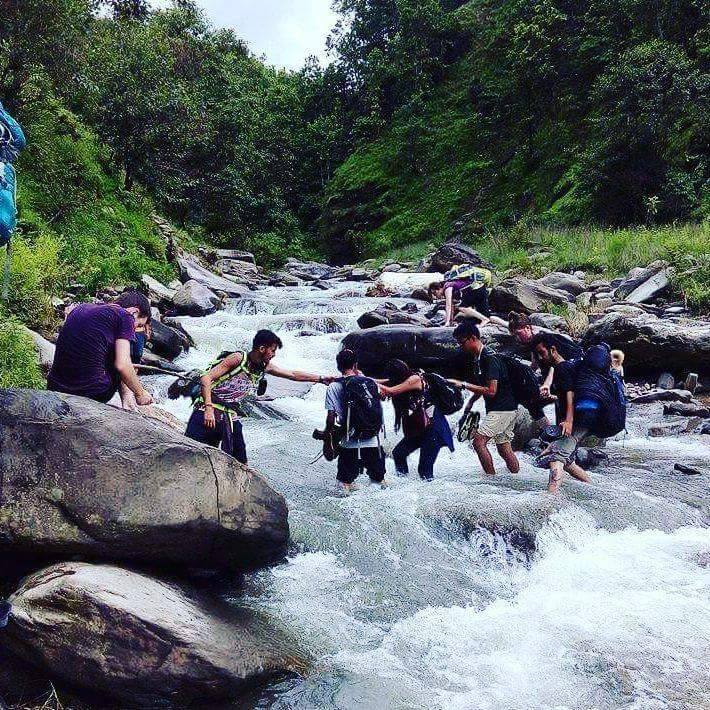 Being the first volunteers to arrive that month, we met Neel, the organiser of TEAM Nepal and his nephew, Bikash, in the centre of a thriving Thamel. We were given a nice warm cup of Nescafé, served with an even warmer welcome by the team. Neel gracefully invited us to his home where we stayed for the next few days. Routine was simple and overtime, it became quite habitual. Breakfast was early in the morning, anytime from 7:00am to 8:30am. Lunch followed shortly afterward at 10:30am with a small break for tea around the late afternoon. Finally, dinner was had at 7:30pm.

In the days that followed, we me with the rest of the group members for that month. Looking back now, I can’t think of any other group of people I’d rather have gone with. We geld almost instantaneously. Laughter and playing get-to-know-you was enjoyed by all as we crammed into another taxi home. These are the moments I come to miss now. Altogether, there was a total headcount of nine, including myself. And what a nine we were.

A couple of days exploring Kathmandu, including that of a nearby Monkey Temple, we set off for the ‘Little Angel Children’s Home’ in the mountains which we had been told so much about. We had brought boxes upon boxes of fundraised computer equipment with us which we would later deliver to the local schools, hidden away in the Himalayas. That evening, we ate dinner together with the kids who lived there. Their standard of English was quite impressive which made me reflect on my own understanding of their native language; clutching to the few words that I knew: namaste, dhanyabad and dal bhat. Supper was accompanied by the ferocious sound of crickets and it was then where we slowly began to take it in, where in every direction you looked, mountains stood tall and unconquerable. 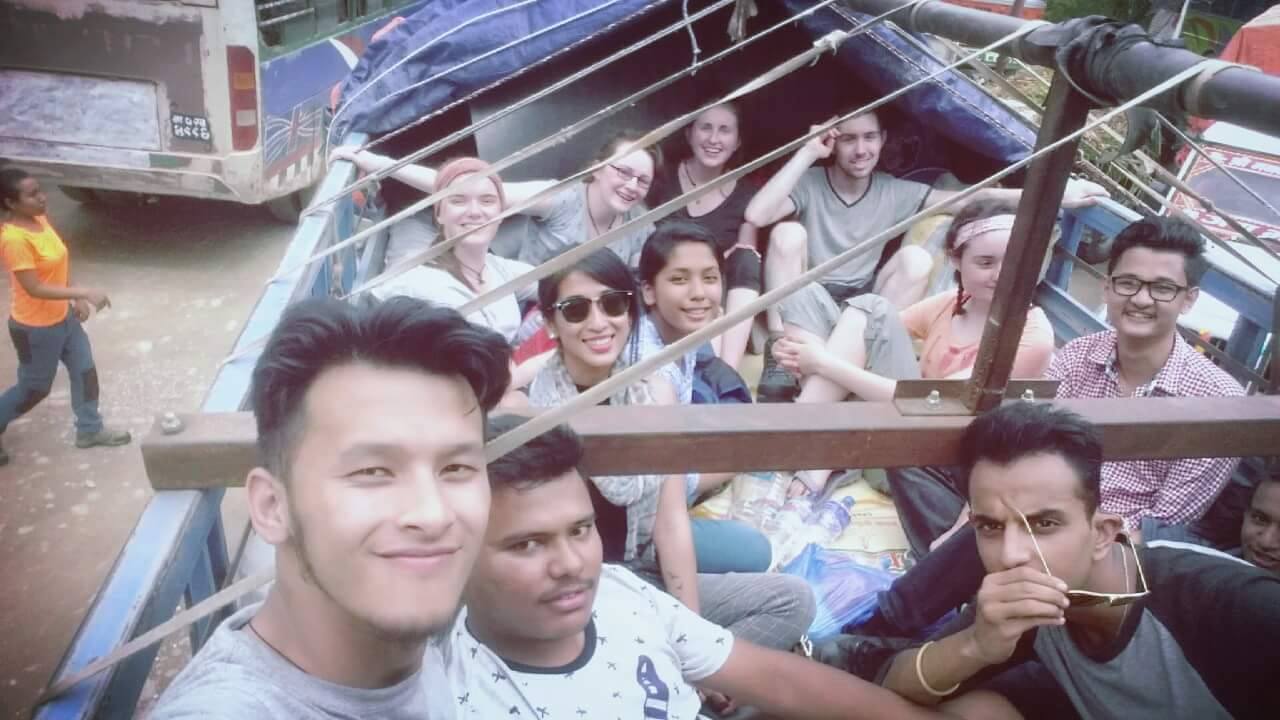 Our visit was a short one and we were off again to a town called Melamchi. A truck was organised as our form of transport, and well, it was hands down the mightiest truck I’ve ever seen, definitely my transportation of choice now. Envision nine relatively sensible young adults clambering into the back of a truck, warm Dairy Milks in hand and a portable speaker in the other introducing the locals to Chainsmokers. Parting with truck was a difficult but inevitable one and off we were again on one of the local buses to our final destination; a popular village near Bhotang. The bus was warm, cramped, music blared and if seats were sparse it was the roof for you! However, for safety reasons, that was not an option for us.

We were welcomed by a local family with a steaming cup of local mint tea. We were high in the mountains at this point and the altitude took a little while getting used to for some. It was during this project, a couple of members had gotten quite sick from travel and they had to sit a few days out. Those of us who were lucky enough to dodge the nasty bacteria had spent our time visiting local schools and setting up the computers. Although, nothing could have prepared us for the thanks we got. We were invited to a ceremony where the schoolchildren performed traditional dance for us and the staff had given us dozens of colourful Nepali peace scarfs. We spent a week there and I have to say, it was one of the most scenic places that I have ever been. In the mornings, mist clung to trees like droplets on the inside of an empty glass and everything was so quiet.

Our next project was on a school site. We were told that we would be spending 10 days here building a temporary school, along with a professional bamboo cutter and some experienced builders. And although we had ten days to build the school, we did it in three. We used materials like bamboo, tarp and some willpower on my part to finish it. Never before had I gotten so determined to hammer an obstinate nail into a piece of bamboo in all my life. At times, some of us felt like work could have been organised more efficiently. Many group members were often idly standing by waiting for work. Despite this, we had finished the school ahead of time and agreed to build a few more classrooms on another site close by. When that was finished, we were off to greet our final project back at the children’s home.

We spent our remaining days at the home doing mostly agricultural work like weeding and uprooting the soil beds for planting. One of the toughest yet most rewarding tasks was gathering up wood from the nearby forest and lugging it on our backs in time for the evening fire. This took around thirty minutes. I never felt fitter…or sweatier for that matter. And before I knew it, we were saying our goodbyes to the kids and it was home time for me! Popular Nepali songs blasted from speakers which had been brought out especially for this event and the kids took turns to dance. Tropical insects buzzed eagerly around the ceiling lights and I realised that I didn’t want to go home.

With 7 of the nine members of the group travelling on their next journey to Thailand, we tried to make the most of the few days we had left and took a trip to an extreme sports centre called The Last Resort. The day before, we each decided that bungee jumping was an excellent idea, which just needed to be crossed of the bucket list. There, we watched each other take the leap off 160 metres into pure madness. All I remember, besides having three false starts, is the trees rushing past either side of me; meshing together to create this intense yellow colour. And after that, 7 of our original 9 flipped the page to chapter two, leaving my friend and me to ourselves. We took turns to comfort each other when everything felt that bit too surreal. We even visited a popular, tourist city called Pokhara and took rainy bike rides by its lake, but D-Day did in fact arrive and this time, the taxi ride was a lot quieter.